How Zeolite Works-Purifying your Skin Naturally 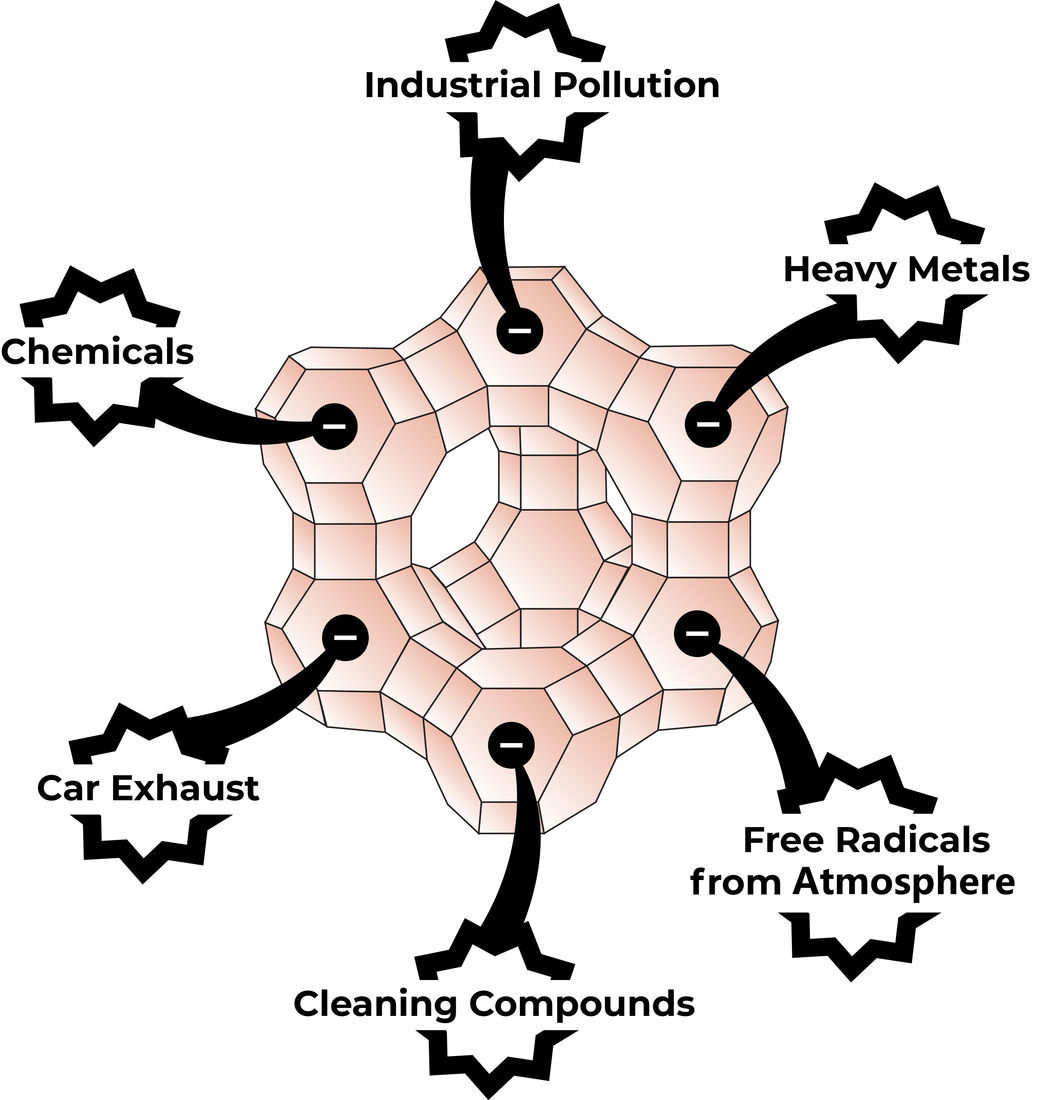 Zeolite is a naturally occurring mineral and was formed by volcanic eruptions over 300,000,000 years ago. As the volcanic ash settled in lakes of pure water the impurities were slowly washed out.
Once mined, it goes through several processes, whereby it is milled to sub-micron size and its surface area is increased significantly thus allowing large areas to adsorb deleterious pollutants.

This diagram is a simplified overview of how zeolite functions. The ‘higher charged positive ions’ present in pollutants are attracted to the ‘lower charged ions ‘of the zeolite and are firmly trapped in the structure and then removed by using our comprehensive range of Zetox products.
Scientifically this process is referred to as ‘Cation Exchange”.

Zeolite in skincare combines the powers of zeolite with the skin restoring properties of olive oil. It helps to purify the skin.